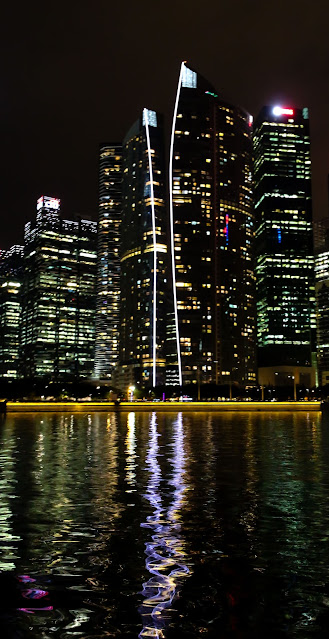 When I started experimenting with TDD and specifically writing the test first, I had a sudden realization as I began to contemplate where should I place this new test I was about to create.

I had been working on several large complex code bases, some web apps, and some web APIs, and trying to find the code that needed to change or where to add new code wasn't obvious from the code organization.

The code was organized in the layered architecture style with UI layer, Service Layer, Repository Layer, etc. kind of like the structure Microsoft uses in "Traditional N-Layer architecture applications". 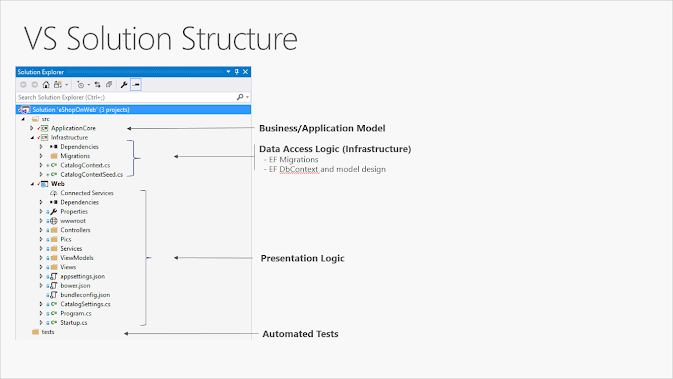 This architecture-oriented code organization(AOCO) is really good at telling you what architecture the solution is using but not so great at pointing you to where functionality X is residing.

And even worse there is no single place where functionality X is residing.

Could you spread out the functionality any further?

I find that it would perhaps be better for the code organization to point you in the direction of where most of the code for functionality X is residing based on the UI/API.

This has several benefits beyond just making it simpler to navigate the code.

It makes the code more modular.

It makes the code more cohesive, the code that changes together stays together.

I did some googling to see if this is something that others have started doing as well.

I found a few: 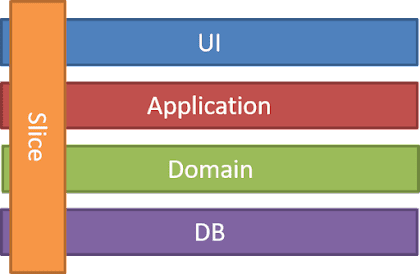 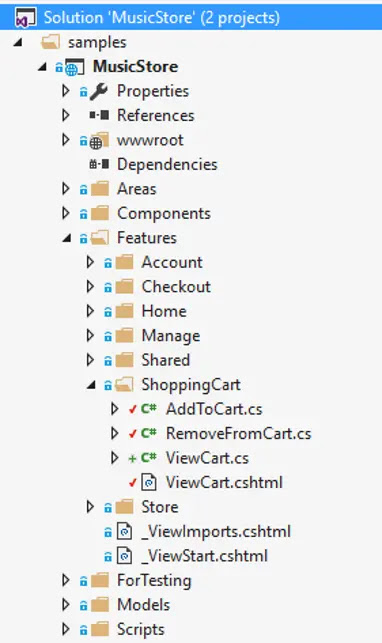 And I found this tweet by Jessica Joy Kerr, which sums it up nicely:

Group files by function (what value do they enable?) not type (view, model, etc).
Your code wants cross-functional teams too 😃

These are all similar to what I envisioned, I just like to also have the code organization match the UI/API as closely as possible.

If there is common code across folders, then it's a judgment call to pull that code out to its own folder that doesn't match the UI/API and sacrifice modularity to remove duplication.

For an example of IOCO, I cloned the eShopOnWeb sample ASP.NET Core reference application and refactored the Web project of this app. 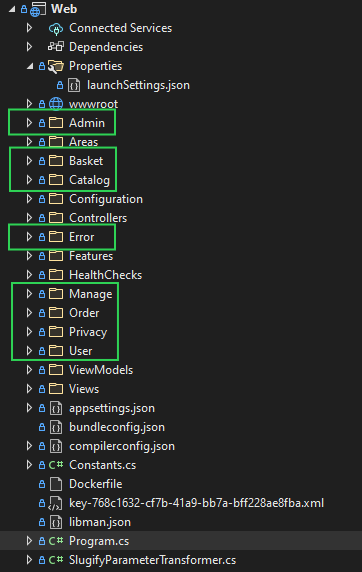 These folders were chosen based on the URL, for example, Manage comes from https://localhost:44315/manage/my-account.

Although I had to make an exception for Catalog which is the default page and has just the site URL https://localhost:44315/ so in this case, I used the page title as the folder.

In the process I removed the Extensions, Interfaces, Pages, Services, ViewModels\Manage, Views\Manage, and Views\Order folders:

All that is left in the Controllers folder is the BaseApiController.cs

I left the Areas folder because it is hardcoded in the .NET source code and can't be customized.

I left the ViewModels\Account folder and the following in the Views folder as they are needed for login security and I didn't want to mess with it.

This is the extreme/pure version of IOCO.
You could compromise in several different ways.
You could leave the Pages folder and move all the code into folders following the public Web app/Web API interface starting under there.
Having done that you may consider renaming the Pages folder as Derek Comartin did.
IOCO is about organizing code to match the public interface to the Web app/Web API so that developers can use that public interface as a guide to finding and placing code in the codebase.
.NET AOCO ASP.NET IOCO Vertical Slice Web API

Popular posts from this blog

.NET generics with private accessors not compatible with MSTest

October 20, 2013
Was playing around with generics and suddenly my unit test project failed with this error: “Signature of the body and declaration in a method implementation do not match.” After some research I found a post here http://social.msdn.microsoft.com/Forums/en-US/vststest/thread/b54e6634-1542-4bd8-a227-029bfb679dec that explained my problem was using a private on a generic class, and was a known bug that will not be fixed in VS 2010 as explained here https://connect.microsoft.com/VisualStudio/feedback/ViewFeedback.aspx?FeedbackID=415357 .  Changed the private to public and was able to carry on.
Read more

Microsoft.ApplicationBlocks. ExceptionManagement The event source x does not exist error

404 error in a REST WCF service

October 23, 2013
I created my first WCF REST service the other day and was getting a 404 error when I deployed the service to our server.  After some research I found the solution here: http://www.west-wind.com/weblog/posts/2008/Apr/10/WCF-REST-Configuration-for-ASPNET-AJAX-and-plain-REST-Services I needed to add: Factory ="System.ServiceModel.Activation.WebServiceHostFactory" to MyService.svc <% @ ServiceHost markup. There is also a very good write up on WCF REST service design here: http://msdn.microsoft.com/en-us/library/dd203052.aspx
Read more